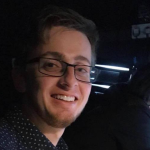 Humans are opinionated people, fact! We love to be correct and to discuss until the cows come home how correct we are whist every one else is wrong. This post isn’t going to be one of those, you’ll already know which side of the line you fall but read on, you might learn something!

A few years ago I would only let an apple product into my office but this was at the time when XP was the only option for a windows platform, something that was quite stable and dependable but not exciting or slick like the Apple alternative. Microsoft’s next release was Vista – a time we are all trying to forget, it was the prequel to Windows 7 which let them completely reimagined how their operating system should work.

Since 2001 Apple have decided not to release a major version of their OS but instead just make minor changes, from Windows 10 onwards the same thing will happen with offerings from Microsoft. This is both software houses taking a major stand and saying that their product is the best it can be and they just want to offer updates from now on. I can see why, I’m not sure there is much more that can be done to the standard desktop GUI, with the rise of mobile platforms it is clear that they need to shift market development into other areas. The race to build the ultimate cloud base platform is still on, something I’ll discuss in another article but for now just look at dropbox – first to the market so is best known but without the functionality of google apps.

Between the release of XP and Vista a whole lot of possibilities in the world of computing happened. Firstly the rise of the 64-bit processor, although available for XP it wasn’t widely know about or useful – the price point wasn’t there to remove it from the side lines. Vista and subsequent releases have been specially written for this fastest architecture and the added performance is well noted, people will always read figures generated by bench mark tests but they only tell half the story. We also saw RAM chips drop massively in price with the popularity of flash drives and the start of the solid state drive, this meant operating systems no longer had to be left siting on spinning drives but could be quickly dumped into RAM on boot up making them quickly accessible.

Vista was put down by many but it was clear that this was a testing ground for Microsoft to try out their new toys, even today this still happens – look at the u-turn they did over the start bar in Windows 8. Although not completely returned, its new form gives the user some much needed functionally back (Edit: Windows 10 is almost a complete U-turn)

The two are now quite similar, windows is still the market leader in terms of number of installs but I put that down to the cheaper price point. A new apple computer is going to set you back around £1000 where as a windows laptop can be picked up from at little as £350. The latter will probably only last 1-2 years before the lack of power makes you replace it whist the Apple alternative will keep you happy for at least 5 and can make a great second machine long after that. If you take that into account and spent a little money now I think your IT life would be a little less stress free.

Is your Wifi Secure?

How I use Lightroom

This site uses Akismet to reduce spam. Learn how your comment data is processed.

No comments to show.

Is your Wifi Secure?

How I use Lightroom